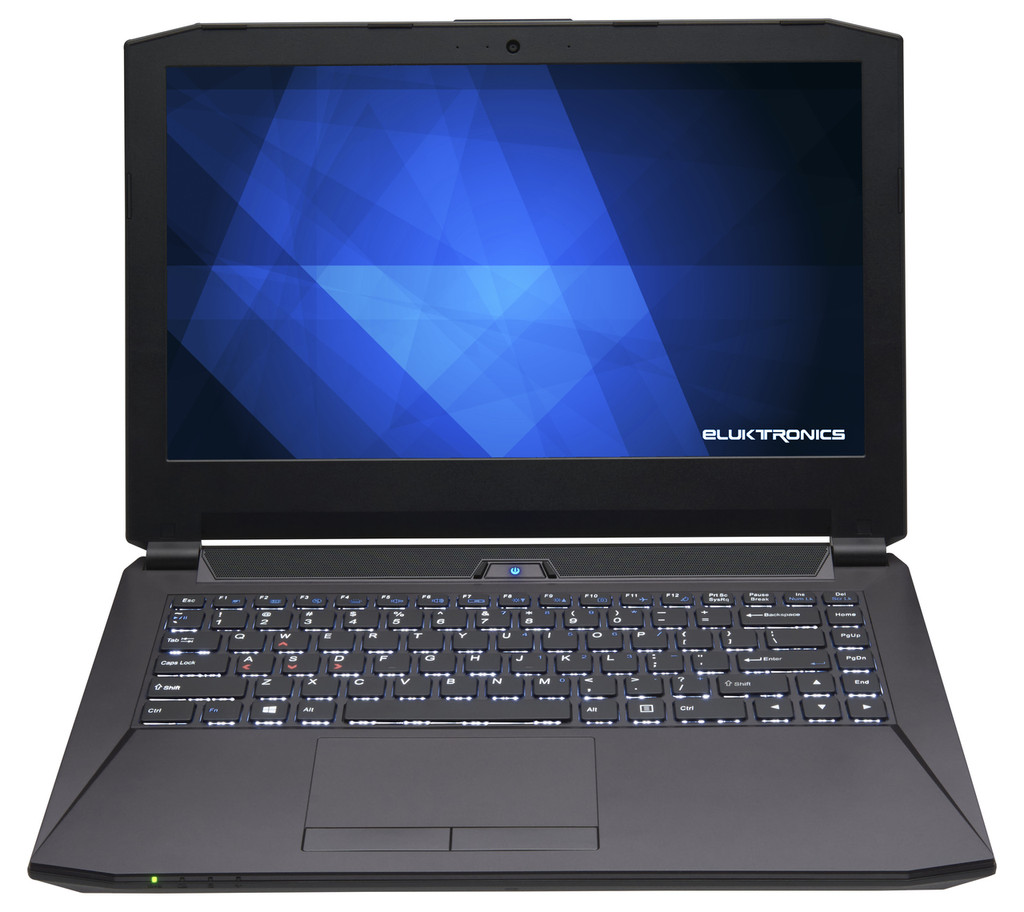 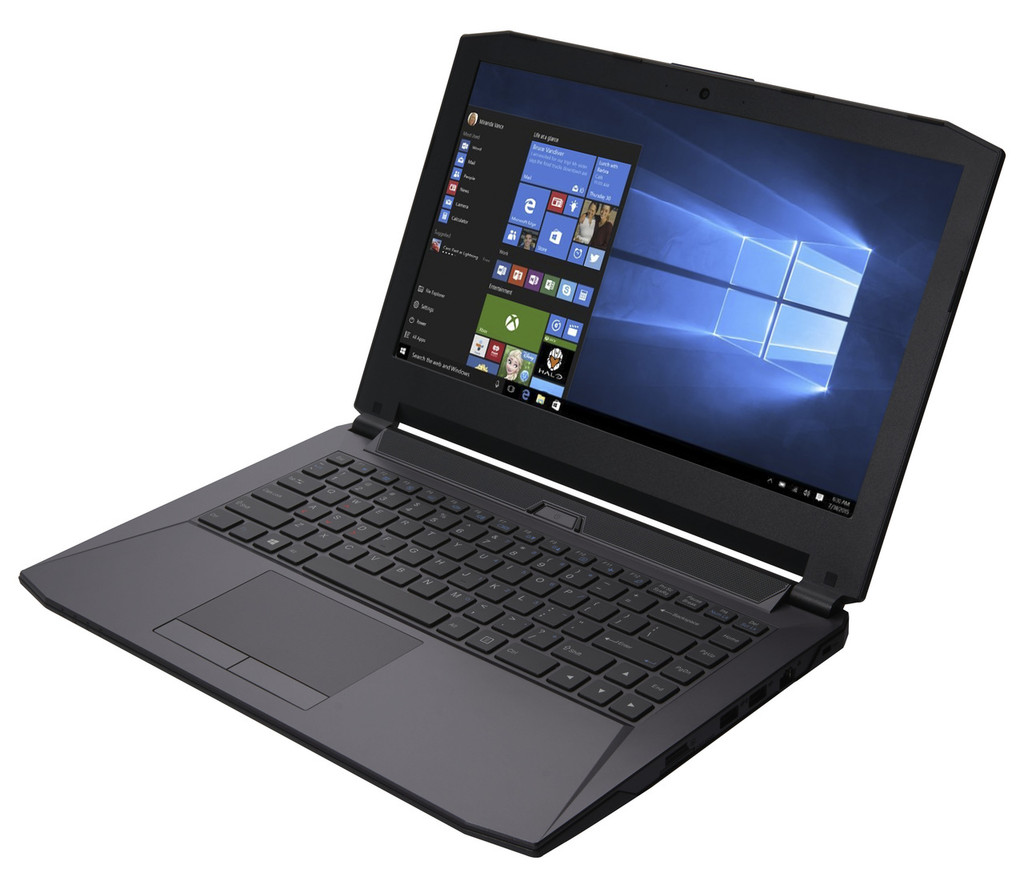 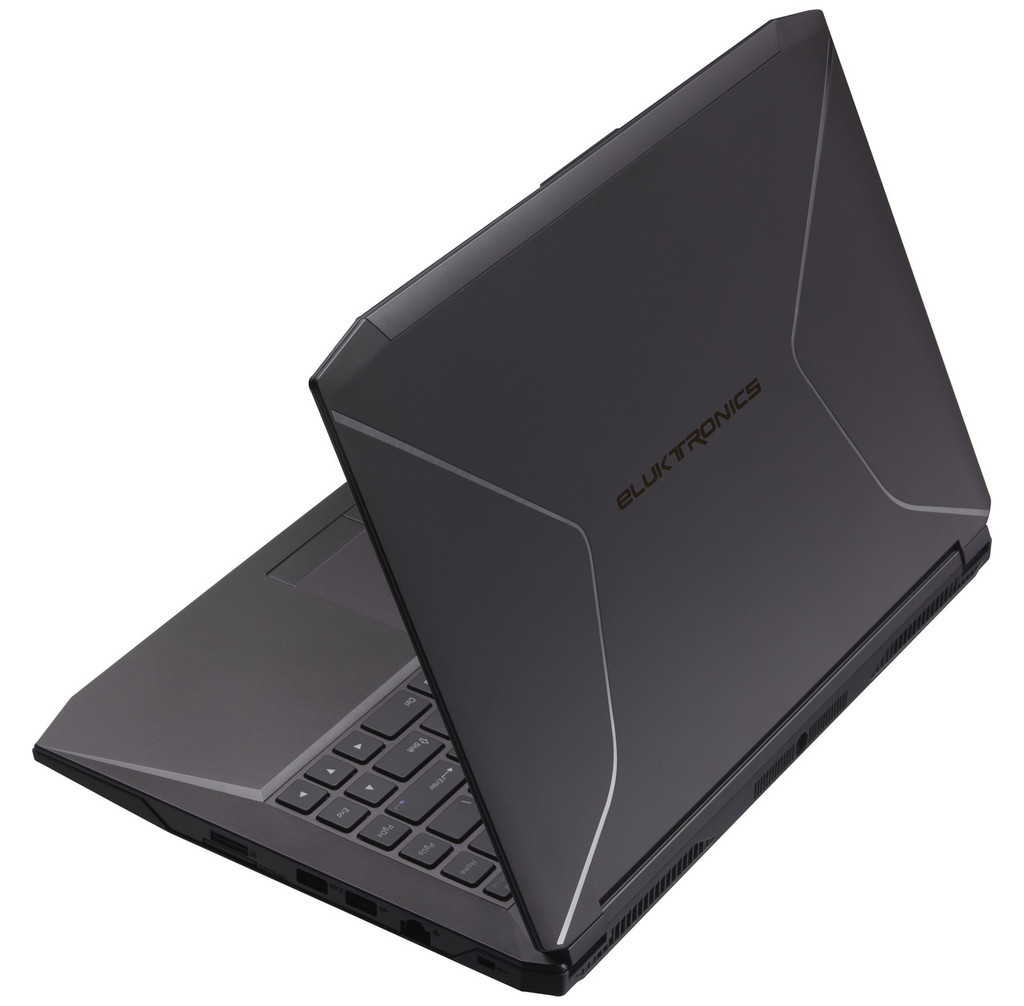 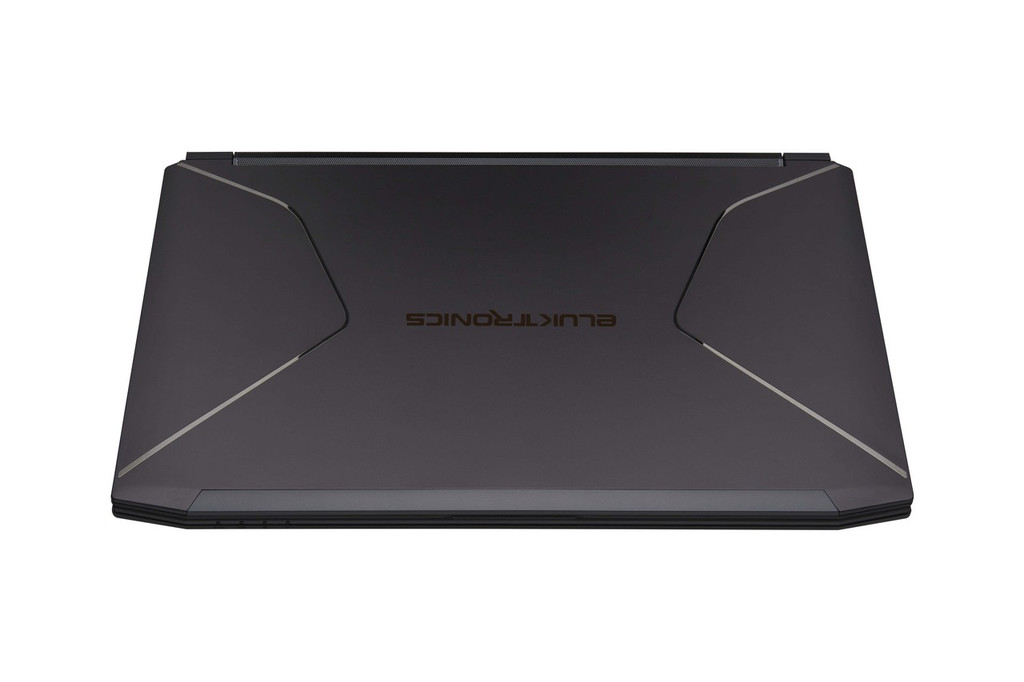 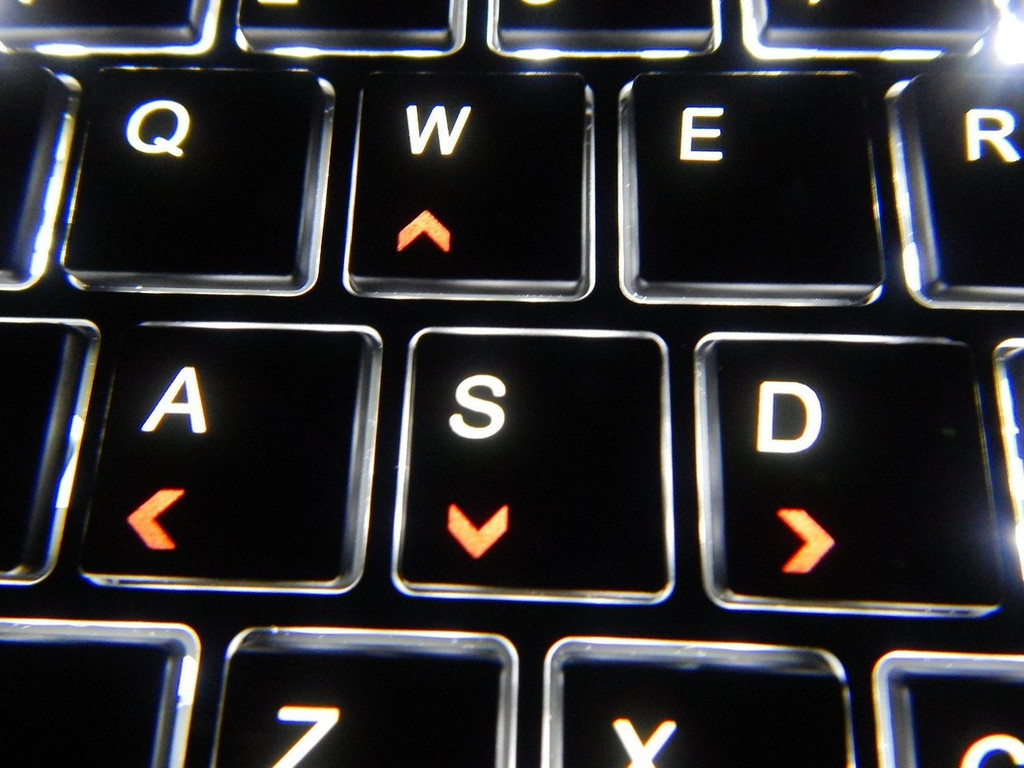 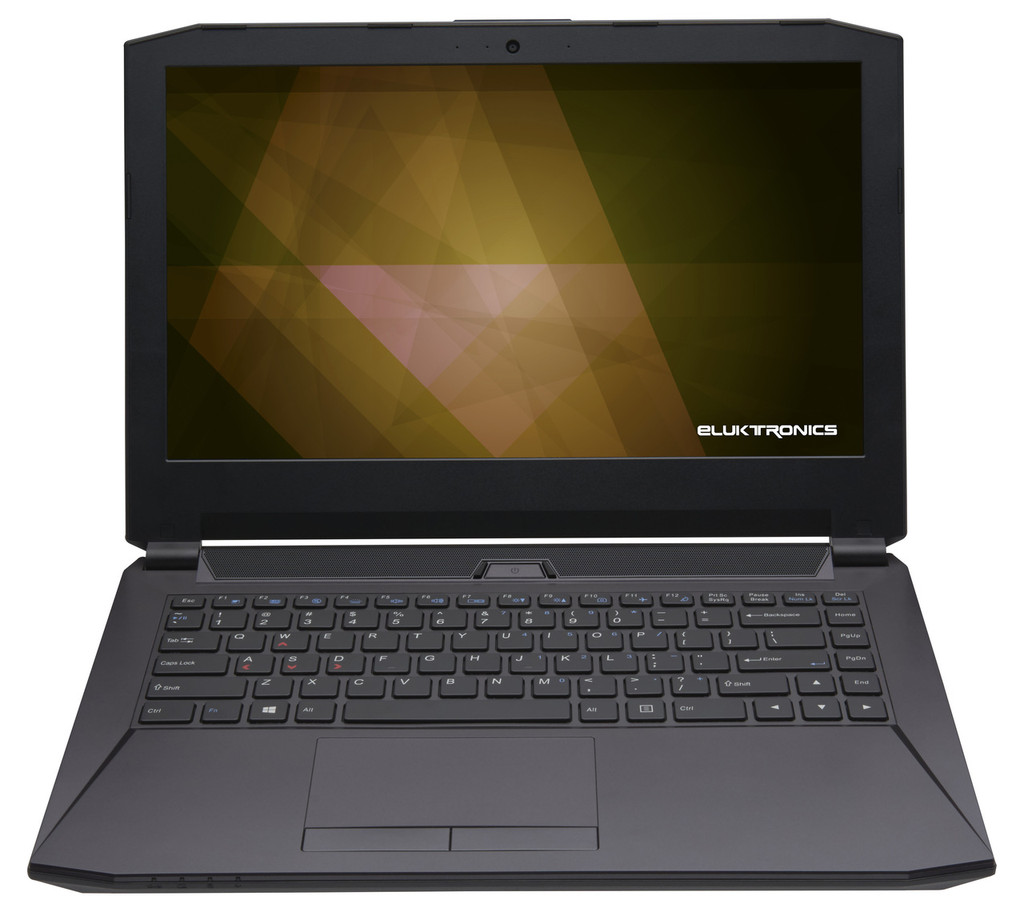 I noticed that there was a $300 off coupon for this laptop so I decided to buy it since my Acer laptop was performing badly though it was only a year old. This model may be several years old, but it is outperforming most laptops at a similar price point. The startup times are around 4 seconds and it is able to multitask really well. I bought the 16GB ram version and I inserted another 8GB which made this laptop run even better than before. I haven&#039;t tried gaming yet, but I think it&#039;ll be able to handle old games fairly well and some latest titles on low to medium settings. The build quality is fantastic and its really compact so it&#039;s great for portability. The only bad things I&#039;ve seen so far on this laptop is that the battery really sucks and sometimes the two finger scroll function doesn&#039;t work. All in all, for $499, this is way better than most i3 or i5 10th gen laptops on sale right now.

This laptop is extremely good for the price you&#039;re getting. With the coupon code, I was able to purchase this laptop for only $500. Though its an old model, the processing speeds and boot times were phenomenal. The build quality is really good, mostly metal with a few plastic areas. The only problems I had with the laptop which isn&#039;t really a big deal is that the keyboard is spaced a little too far apart and the battery only last an 1hr 10 min per full charge. I haven&#039;t tested it on gaming yet, but right now its a good laptop for daily use.

Awesome Laptop for the price!

Bought this along with the use of a coupon for my 9 year old little sister, at the base spec for a kid that age this is perfect, its small, but still strong enough to handle any games she would want to play with ease. Roblox, Fortnite, Minecraft. All run absolutely perfectly for her and thats all she really needs.

Excellent components for a reasonable price.

This machine is an excellent alternative to mainstream competitors offering systems with similar or even inferior specs, but over the $2000 price point. Desktop power in a laptop at Eluktronic&#039;s price point is an excellent value regardless of some of my realistic hardware concerns. First of all, my experience with Eluktronics so far has been excellent. I encountered a billing issue while ordered my machine and the sales team at Eluktronics was very attentive and helpful. I have not had any dealings with support, but I imagine they are similarly customer-focused. I do have some grievances with the machine; however, these are not the fault of Eluktronics as they are not the manufacturer of the laptop chassis. As another reviewer mentioned, the battery life is utterly abysmal (about an hour of very light usage on power saver settings). Secondly, the network adapter is demonstrably inferior to other laptops and wireless adapters I have in my possession. The keyboard and track pad are good, but not great. The display panel is somewhat disappointing -- there is a significant amount of light bleed in the corners when the screen is dark and the detail for blacks and other dark colors is sub-par. Also--Windows 10 is awful, just awful--I will be installing Windows 7 on the machine shortly. With all that said, I would still highly recommend this laptop. I have yet to complete any detailed performance tweaking to extended the battery life and alleviate some of my other concerns. I love the number and variety of ports which seems to be increasingly difficult to find on notebooks. I purchased this notebook mainly as a portable desktop while I work overseas. I have an external monitor, keyboard, mouse, and network adapter. In this capacity--it is absolutely fantastic. It has so far met or outperformed my desktop at home.

Fast and personal service. Flawless setup. Excellent performance. Size is great for travel. It doesn&#039;t get any better, but would be nice if they offered 4k display.

I purchased this model after coming from a ROG G75 11-pound behemoth, so the fact that the P640RE is lighter weight and more powerful is nothing short of astonishing. Running heavy MS Office apps while streaming Sirius XM and having at least 6-10 Chrome tabs open doesn&#039;t slow this in the least. In gaming conditions, I was able to crank Fallout 4, No Man&#039;s Sky, GTA 5 and even Minecraft (via Optifine) to max settings without a hiccup. Running HD video through Smooth Video Player SVP filters put out a great image, and again, no strain on the CPU. The fans kick in at the least bit of heat -- they run like mad when simply using Chrome -- but they are not particularly loud, so it&#039;s not distracting, even in a quiet room. Nevertheless, the lap heat this thing puts out is like a furnace, and you can expect a fair number of burned thighs if you don&#039;t place this on something, perhaps a laptop cooler. Battery life is shockingly bad, though, even when just running non-intensive programs. I tested twice, and the most I could get out of the battery was an hour -- yes, ONE HOUR -- using only MS Office. This could be because the power settings were set for &quot;performance&quot; which uses more CPU and thus generates more heat, and because I have to keep the screen brightness cranked high due to low vision. But still... one hour? Out of the box, my ROG setup got a few hours, until a year later when age caused it to dip to 45 mins. Yes, in gaming laptops the batteries are typically just glorified uninterruptable power supplies, but I would hope for more than an hour with an out-of-the-box system. I did not experience the hinge friction problem noted by another reviewer; the laptop lid feels like every other laptop I&#039;ve used, and I don&#039;t anticipate any issues. The PC comes with a barebones Windows 10 install, no bloatware, with only a few extra control panel apps to play around with. I had a system font issue which was easily fixed by reinstalling system fonts downloaded from a third party site, but other than that the machine worked flawlessly. I haven&#039;t run a &quot;clean&quot; Windows system in a long time, and it&#039;s refreshing. The speakers are loud! Sound quality is nice, but I admit to having no real strong opinions in this area. I just know I struggled to hear my ROG, and that&#039;s not the case here. Design build is top notch. Little touches like placement of the power cord port in the middle of the back, gorgeous case materials, and those relatively quiet fans prove there was serious engineering going on here. I read somewhere that people complained the case is a fingerprint magnet, but I found this less true than many other laptops or tablets I&#039;ve handled; the finish is a matte black, and the slight fingerprinting it does pick up is not glaringly noticeable, and easily removed. I don&#039;t find myself wiping this three times a day like I did with my ROG. Overall: PROS: Fantastic speed, great graphics, gorgeous styling, top notch build quality, bloatware free install, includes Win10 install disk, customizable configuration, tons of ports. Super light weight. CONS: abysmal battery, fans kick in even when system doesn&#039;t appear to be under load, heat will burn your lap.

Although I am not a gamer, I was looking for a powerful laptop. This was one of the few that had the specs I wanted at a reasonable price. I also wanted an extended warranty, which Eluktronics provided. I have hat a few concerns and have been impressed with the speed and responsiveness from the company. I was concerned because I never heard of the company but so far, I am very happy and would recommend the company and products to anyone looking for high end computers at reasonable prices.

Great computer, but laptop case feels flimsy (weak) compared to competitors (e.g., MSI or Acer). Screen hinges don&#039;t have enough friction either, so likely they will wear soon. Laptop case is bulky compared to other slim 14&quot; computers. Everything else is excellent. Several USB ports and two mini-displays make this computer formidable. Great memory capacity. Would buy it again and recommend it to a friend.