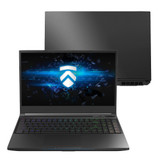 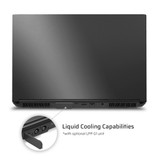 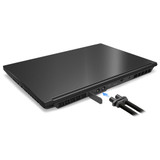 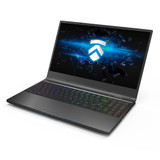 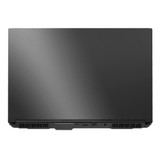 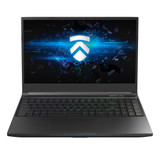 Eluktronics is proud to offer USA based support. You will speak with a knowledgeable I.T. professional who builds these PC's every day. Reach out for fast and clear assistance in the event of an unfortunate issue!

i bought the highest end version with the 3080 ti and 12900h, im currently typing this review on the laptop. this laptop is a major improvement from what i had before! it can run several triple A games with highest settings well over 80fps. the liquid cooling is also a legendary addition to a laptop. making this portable piece of hardware compete with desktops with all the benefits of easy travel. I was initially worried about spending so much on a new laptop since the last one i got was only a third of this ones price. but i truly got what I paid for and dont regret it at all!

Purchased the Mech-15 G3 with i7-10875H and RTX 3070 and this machine has far exceeded my expectations. I knew the performance would be great based on the hardware inside, but it's been nothing short of exceptional. The design, build quality, and materials used are all excellent. I purchased this laptop as I do a fair amount of travel, and it's lightweight enough to carry with me - even with a second laptop I'm carrying for work. The screen quality and high refresh rate make gaming on the move really enjoyable. I also love the covert look. The system has performed well at home during a couple of long 6-8 hour gaming sessions - remained cool throughout. Highly recommend this laptop. The guys at Eluktronics have found a way to package a system with awesome hardware and excellent build quality at a price-point below the competition. If you're between this system and another brand name go with Eluktronics - you won't be disappointed.

Im loving the power and customizability of this laptop. Every laptop has its negatives and this laptops negatives comes from its special keyboard. I received the laptop and instantly noticed how many times the keys didn't register my clicks. I just tested it and if i press down on the corners of the keys none of them will register. sometimes pressing on the side of the key wont register either. Even pressing directly center on the key will sometimes not register when pushing it down and will require to push a bit harder. I own two other laptops, the xps 15 and the aspire f15. The former having one of the best keyboards ive used. The latter having a better keyboard then the mech 15 despite being under $1000 or so. Another issue I havent bothered looking into how to fix is the keyboard lighting. When the keyboard lights turn off and back on, sometimes not all the keys will turn on. Sometimes entire rows of keys will stay off. A simple temporary fix is to just go into the eluktronics control center application and just switch between key lights and it will fix it. I love this laptop and unfortunately the negatives on this laptop just so happen to be about the most important feature on a laptop. Even typing this I had so many keys not register and I had to go back. Despite the issues with the keyboard I am loving they laptop and am showing it off to everyone i know. I hope that the keyboard issues are only on this device and they arent all being sent out like this. And if they are then I hope technology improves enough so they can one day make the perfect laptop. I have no regrets buying this laptop I will get a ps5 controller so i can play games without having to worry about the keyboard. I will most likely send this device back in later in 2022 while my warranty is still up if they think its something that can be fixed. But for now i just want to enjoy it. looking forward to what eluktronics and its ceo plans to do with vaper chambers. They are near perfection, keep it up.

This is an excellent laptop so far. Great battery life if you're willing to lower some minor performance settings, though nothing noticeable if you're not hardcore gaming without the power adapter. Its' one of the few laptops with a full power GPU so you're not getting a lesser performance for more money. The keyboard takes some getting used to, but its responsive and one of the better laptop keyboards I've used. The refresh rate of the screen is also kind of trippy, simply because the responsiveness is uncanny if you're going to the Mech 15 from a more budget-friendly screen. On top of the screen being quick and pleasing to the eyes, the pre-installed applications (Including the native software for controlling the laptops components) are quick to open and easy to utilize. Overall, it's a great purchase!

I've had my laptop for almost a year now, and all I can say is WOW. This laptop has replaced my old laptop and my desktop supporting my small living space and frequent traveling. Gaming on this is just beautiful with the graphics and speed. One thing I was so worried about when getting a laptop to take on gaming and work was overheating I spent days and days watching videos on laptops heating up and at the end of it all Eluktronics came out on top and I feel every video did not do it justice, I hardly ever feel the heat from the keyboard and that can even be after a couple hours of gamig. All I know is I will never look else where for a laptop after a year of using it, my satisfaction for this brand and model have not decreased. I have recommended them to countless people and will continue to do so.

Purchased the Mech15-G3 computer from Eluktronics and the purchasing experience was painless and the computer arrived a week prior to the delivery date. Once unboxed, I was not sure what to expect in terms of operation and performance. On both fronts, my expectations were exceeded. I use the laptop primarily for content creation (Photoshop, Premiere Pro, After Effects, Illustrator) and most of the renderings are quicker than my old desktop. I probably going to purchase a second computer for another employee so I highly recommend this product. If there is anything I would change, it would be to get a skin cover as it does show fingerprints quite easily on the outside.

The laptop arrived to my country earlier than expected, they dispatched it directly after placing the order and ship it with fast shipping, the only problem i had was the delay in my country's customs. About the laptop it self, i'm very happy with my choice, i searched alot for my next laptop and it always end up here. All i can say it's a pure performance you won't find any where else except with very expensive laptops with ugly looks. The only downside for me is the fan noice when performing heavy tasks. But it's acceptable compared to other brands. The build quality is good and feel premium with elegant design. Windows hello is very fast and responsive. If you are looking for a powerful machine that never let you down with any task with the latest and maximum performance, elegant look and reasonable price, Just get Elektronics. Thanks Eluktronics for the beautiful machine.

Would rate 4.1. (+)Sleek, Sexy, Powerful! (-)learning curve, mousepad. Bought this machine a few months ago prior to returning to college. had some issues with cpu temperatures and obnoxiously loud fans in the beginning. Found out that was because this is the most advanced tech I own, and I wasn't using it correctly. I asked customer support for help, they had me run a test and said the product was running as it was meant to. Customer support did not provide any further assistance, and in fact did not reply to my last inquiry. I then asked a youtube reviewer for help, and he was able to instruct me on proper use. The mouse pad feels meh/not satisfying, and I have to check what I type do to occasionally missed key strokes. Aside from that, I am very satisfied.

As subj. states, my model has highest option CPU (ryzen), GPU (NVIDIA), RAM, and monitor. Also opted for extra SSD so I'm sitting at 3 TB. Pros: - Incredibly powerful laptop that rivals most desktops - beautiful monitor - sleek and subtle but still pretty - easy to carry - long battery life for how capable the laptop is - nice build quality - windows hello (facial ID) is very nice and works great - there are more pros but these come to mind immediately cons: - audio drivers/suite is a bit glitchy and confusing - I find it is unable to power my headset enough to a volume I would like. Friends complain my microphone is too quiet. - mechanical keyboard takes a bit to get used to for typing but feels nice after. - screen cannot be dimmed for whatever reason, stuck at max brightness. - fingerprint magnet but that is expected Overall a great laptop. I believe it is very fairly priced for its components and build quality as well as its many unique features. However, the underpowered audio and somewhat finnicky minor things are a bit annoying. Overall, great laptop!

I wanted the new MAX 15 i7-11800H Thunderbolt 4 and PCIe Gen 4 but they said end of the year, which means next year. For as much as I spent I thought they included the mechanical keyboard, but the large mouse pad is great(bought two)

$74.99
$49.95
The MECH-KB is a high quality mechanical gaming keyboard. Featuring a detachable wrist rest and a custom key row height, this keyboard ensures a comfortable experience. With use of the...